The villages of “Pierres et Vignes” : nine villages gather around a heritage drawn over time by the culture of the vineyard : abbeys, Romanesque churches, fountains and wash houses, castles …
Many treasures to discover for lovers of history and stones.

For most people, the word “cognac” inevitably makes them think of the famous local product and it’s true that the city owes its reputation to the beverage. But it’s not the only element. The birthplace of François I has a rich history and a heritage that goes way beyond the world-famous spirit.
Bearing the logo “City of art and history”, Cognac has on offer offbeat suggestions to discover its history and heritage – forget those boring, interminable visits and try our original, quirky concepts for all the family, year-round !

Discover guided tours and free circuits in Cognac and surrounding…

enjoy life in a château !

Medieval fortresses or princely residences from the Renaissance, châteaux (Bouteville, Cognac, la Roche- Courbon …) all illustrate the tumultuous history of the territory around Cognac.
Visiting them is an adventure where the principal characters are Vikings, Richard the Lionheart or François I during one of his many visits to his homeland but don’t worry if the thought of bumping into a knight frightens you! Our museums and interpretative centres invite you to discover the cultural richness of our region (archaeology, fine art, arts and crafts, cognac…)

in the blessed times of the abbeys

There are so many churches and abbeys (Châteauneuf, Ars, Bassac, Châtres…) that bear witness to the richness of the Romanesque world that flourished here thanks to the wealth of the lords of the manor, to talented architects, painters and sculptors and the quality of the local stone.
Enhanced by the light of the Charente, these buildings with their imaginary animals and fabulous figures invite the visitor to hear their story and discover their ten centuries-old secrets. 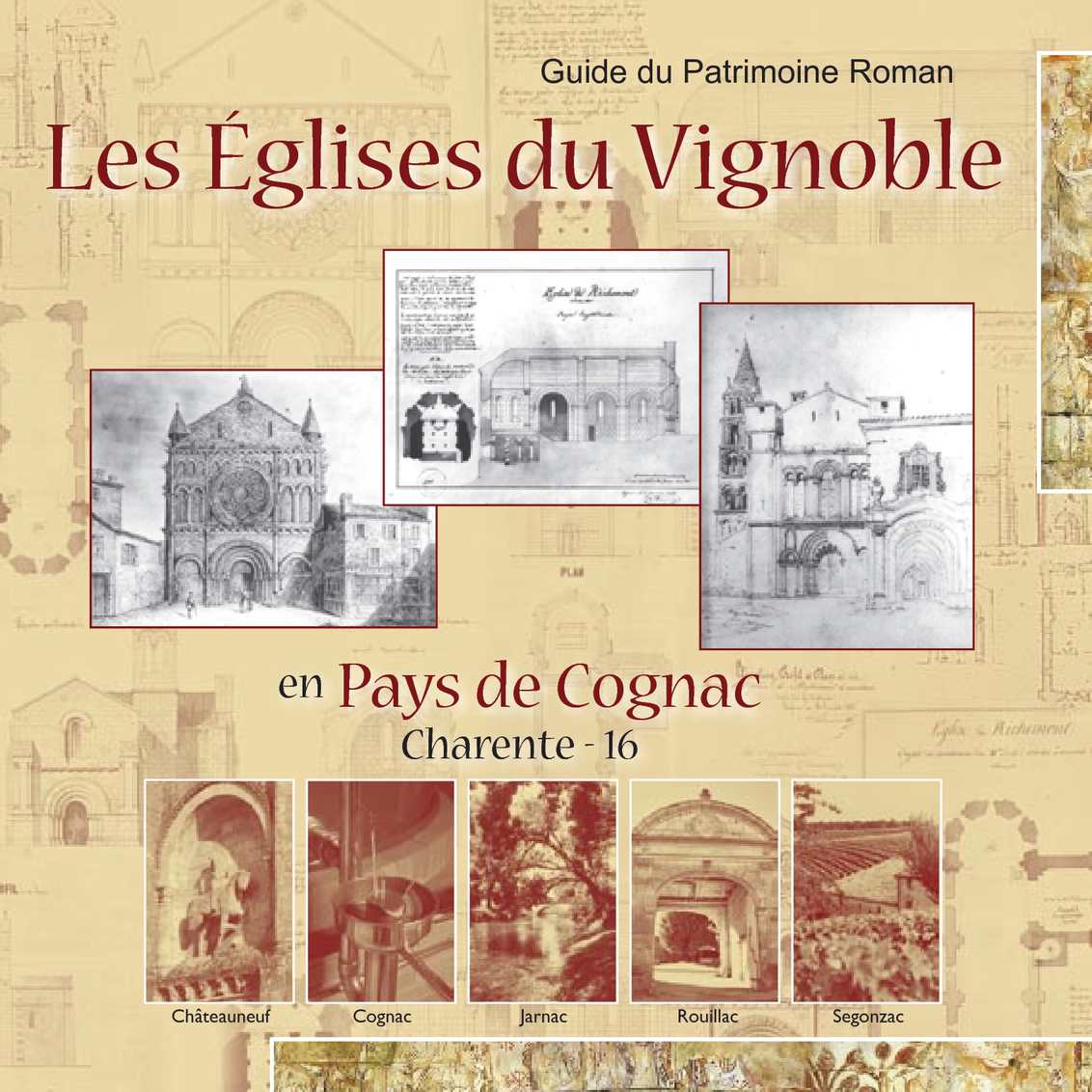 FOCUS ON THE CHURCHES IN THE VINES

Our region has a wealth of Romanesque churches and we have prepared this brochure showing five tours (each of about 50km) to enable you to visit them and admire their remarkable architecture. Only 2€ in our Tourist Offices.

Discover the churches in the vines…

When dinosaurs ruled the Charente

Since 2010, fossils of dinosaurs, various creatures and plants of over 135 million years of age have been uncovered in the Angeac-Charente valley. For three weeks each summer, discover the fossils and the work of palaeontologists through guided visits and children’s workshops.

If you’re given the name of François, that brings good luck. The most famous is perhaps François
I who was born in 1494 in the Château of Cognac (today you can visit what has become the home of the cognac house Baron Otard).
The next is François Mitterrand, President from 1981 to 1995 and born in 1916 at Jarnac; his birthplace can be visited and if you’re really keen, the family tomb as well. The third is François Gabart, sailor and skipper who won the Vendée Globe in 2013 and Route du Rhum in 2014.
Other great men have crossed our lands, among them the founders Richard Hennessy, and Jean Martell, the writers Claude Roy and Michel Boujut, the Count Jean de Valois, but also the financier Jean Monnet and the inventor of the automatic glass blowing Claude Boucher.

Have you heard of the “Coup de Jarnac”?

The “Coup de Jarnac”, an expression that resulted from a duel between two nobles from the court of the King of France, Henri II.  Duelling had been forbidden since the time of Saint-Louis, but the king re-established it to allow François de Vivonne and the Baron of Jarnac to settle a dispute over a woman.  De Vivonne enjoyed the reputation of an excellent swordsman and the duel seemed sewn up in advance.  But his adversary, once he knew of his talents, had an Italian master teach him a neat trick.  On 10th July 1547, the two men were at the château of St-German-en-Laye, before the king and his court.  Jarnac defended himself as well as he could from de Vivonne’s attacks but seized the opportunity to strike unexpectedly at his adversary’s shin, to general stupefaction.  Thus the expression “Coup de Jarnac” was born – at the time, it meant an unexpected and clever move, in other words something positive but in the middle of the 18th century, it became negative, under the influence of the Jesuits.

The city of Cognac

Along the river Charente

With an overall length of 361km, the Charente is navigable in the last 170km, from Angoulême to Rochefort.