WELCOME TO THE ROYAL CHATEAU OF COGNAC

A witness to the history of France and a cognac House 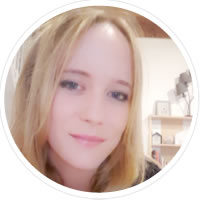 In early July, Cognac is awash with the blues, soul and jazz. The Cognac Blues Festival takes place in many different arenas: in the public park, the François 1er square, the Salle de Abattoirs, at Martell cognac and the Château de Cognac, now the home of Baron Otard cognac.In the guardroom of François 1er’s château, history blends with acoustic sessions of a rare intensity. The elegant Blue Note, stripped of all superfluity, is magnified by the ancient beauty of the fortified edifice.

The Royal Château de Cognac overlooking the Charente river was initially a 10th-century fortress designed to stop Norman invasions, and then in the 15th century became a stately home which was the birthplace of one of France’s most illustrious kings, Francois I.

Baron Otard, who had founded its Cognac House in 1795, quickly understands that the thick walls provide exceptional aging conditions for his eaux-de-vie. He purchases the Château, saving it from total destruction The Royal Château de Cognac, which became a historical monument, is now a witness to French History and a Cognac House.

An architectural masterpiece inspired by the Gothic and Renaissance styles, the Royal Château of Cognac is throwing open its doors to allow visitors to discover its history and some of the secrets of how our cognacs are made.
We are offering a variety of tours combining two aspects of history : the history of France and the history of BARON OTARD cognac up to the present day.

The tour starts in the historic part of the Château, where the visitor will discover sumptuously fitted rooms, such as the splendid State Room where King François I welcomed his guests. This room, with its Renaissance architecture is very different from the other parts of the château dating from the Middle Ages.

The tour continues to the cellars with remarkable aging characteristics and the production of our cognacs is explained in detail.  At the end of the visit, there is a tasting* of BARON cognac with commentary.

The historic part of the Château is visited first and the visitor will discover its rich history blended with the history of France: the kings and celebrities who either lived or stayed there.  The visit continues in the private apartments of King François I then the cellars, including the secret Paradise cellar, a former prison during the Renaissance and since then, the repository of our oldest and most valuable eaux-de-vie.

The visit ends with a tasting* of BARON OTARD VSOP, XO Gold, EXTRA 1795 and the exceptional Fortis & Fidelis, a blend of rare eaux-de-vie preserved for generations in order to produce this prestigious cognac.

FROM THE HISTORY OF FRANCE TO OTARD COGNACS

A detailed discovery of the site’s rich history that has seen 9 English and French kings within its walls (including Richard the Lionheart), merging with the history of France: this journey back in time enables both history enthusiasts and the simply curious to explore exceptional rooms such as the birthplace of King François I.

Exclusive archive documents are made available and commented on during the tour thus illustrating the very close connection between the monument and France.

The final part of the tour is of the remarkable cellars then a guided tasting* of BARON OTARD XO Gold accompanied by a chocolate delicately perfumed with XO Gold, created by a regional artisan chocolate-maker in collaboration with our cellar master.

Learn more about the Royal Chateau of Cognac Baron Otard

The city of Cognac